Please note: USPS shipping times may be slightly delayed due to coronavirus **FREE SHIPPING ON ALL ORDERS $60 OR MORE** PLEASE NOTE: Due to COVID-19 precautions, all orders will ship within 5-7 business days. Tracking information will be provided.

+ Check out the story summaries below

Back to Home page

In “The Outing” by Itoro Bassey, a Nigerian-American woman is navigating family, sexuality, trauma, and her need for independence. She is afraid to reconcile her past and discover who she is.

“Makers of Men” by Christine Hill is an exploration of the Black woman’s burden in ensuring the well-being of Black men. In a community where boys are born and girls are created, two Sisters learn what it means to be part of their community.

A little boy is guided by his grandmother’s love in “The Easter Speech” by Lori D. Johnson.

“The Prell Sisters of Alabama” by Ethel Smith is about three sisters who taught in the Black Belt of Alabama during the 1950s. Not only did they fight racism, but also sexism. Despite limited resources, these sisters teach their students, especially the young women, self-love and dignity.

Two lovers return to New Orleans to stoke the flames of their love affair, in “The House on Dante and Belfast” by Nikki Igbo. But not all is well in their private Southern paradise.

Set in 18th century West Africa, “Alero” by Noro Otitigbe is the story of a beautiful girl who marries the man of her dreams, only to be persecuted for her infertility. After many years of turmoil, she seeks salvation in the only haven she has ever known.

Thirty-year-old Tavia Calloway-Hurst is reminded of her spiritual strength after learning a painful lesson in “Everybody Can't Come to Your House” by Jasmyne K. Rogers.

“Rooster” by Michelle Johnson is based on the true story of the Kentucky Raid in Cass County, MI in 1847. The Black women who fought back against enslavers aren’t typically spoken about. Mrs. Casey is placed at the center, fighting for her own freedom.

A Nigerian-American college student struggles with her identity in “Coming Home” by Vanessa Anyanso. While her name is Nigerian, she feels disconnected from her heritage and her parents. During a homecoming, she finally has the opportunity to form her own relationship with Nigeria.

Still coping with a recent breakup, Zuri has locked herself in the bedroom she shared with her ex-lover. When she receives a call from his wife, she learns that he has been dead for ten years, in “How to Find a Husband” by Jesica Lovelace.

In “Heart Conjure” by Stefani Cox, Sade and Delario seem to be the perfect match. They share a love for the Black spiritual tradition of hoodoo and ancestral/spirit-oriented practices. Eventually, however, they start to grow apart, and Sade has to find herself again.

After a series of disastrous relationships, Precious finds herself poor, alone, and suffering through the unrelenting misery of the bleakest winter ever in “Roses On The Wallpaper” by Ava Ming. Her daily emails to a stranger on a tropical shore provide a temporary escape.

In “Yo—Excuse Me, Miss,” by Jennifer Celestin, Altagracia and Manny have a brief but powerful interaction on a city street.

Big Sister takes Little Sister from Englewood in “A Day N the Life” by Taylor Jordan. The school, the homework, Big Sister, all of them are different. Is this life really better, with its fancy pens and white people? Or should Antoinette ask Mama if she can come home?

A young man must decide what he is willing to risk to feel fulfilled in “Donte’s Choice” by Shanda McManus.

In “Congratulations, It’s a Girl” by Ambata Kazi-Nance, a young Black Muslim woman, estranged from her family, attends her older brother’s wedding. A single mother with two young daughters, she wrestles with her life choices and feelings of judgment and failure from her family, as well as a new love interest she doesn’t feel she deserves.

After a 20-year estrangement, a daughter and her elderly father meet at a guest house in Zimbabwe to analyze the history of their painfully complex relationship in The Postmortem by Sekai K. Ward.

Impossible by Elizabeth Crowder explores memories of growing up with an anxiety disorder with a bipolar mother, within the framework of a near death experience at a pool party.

Emotional absence is just as heartbreaking as physical absence, especially if it is a parent. Looking for Papi by María Elena Montero is about the space found to find and forgive a father for the ways he was absent. 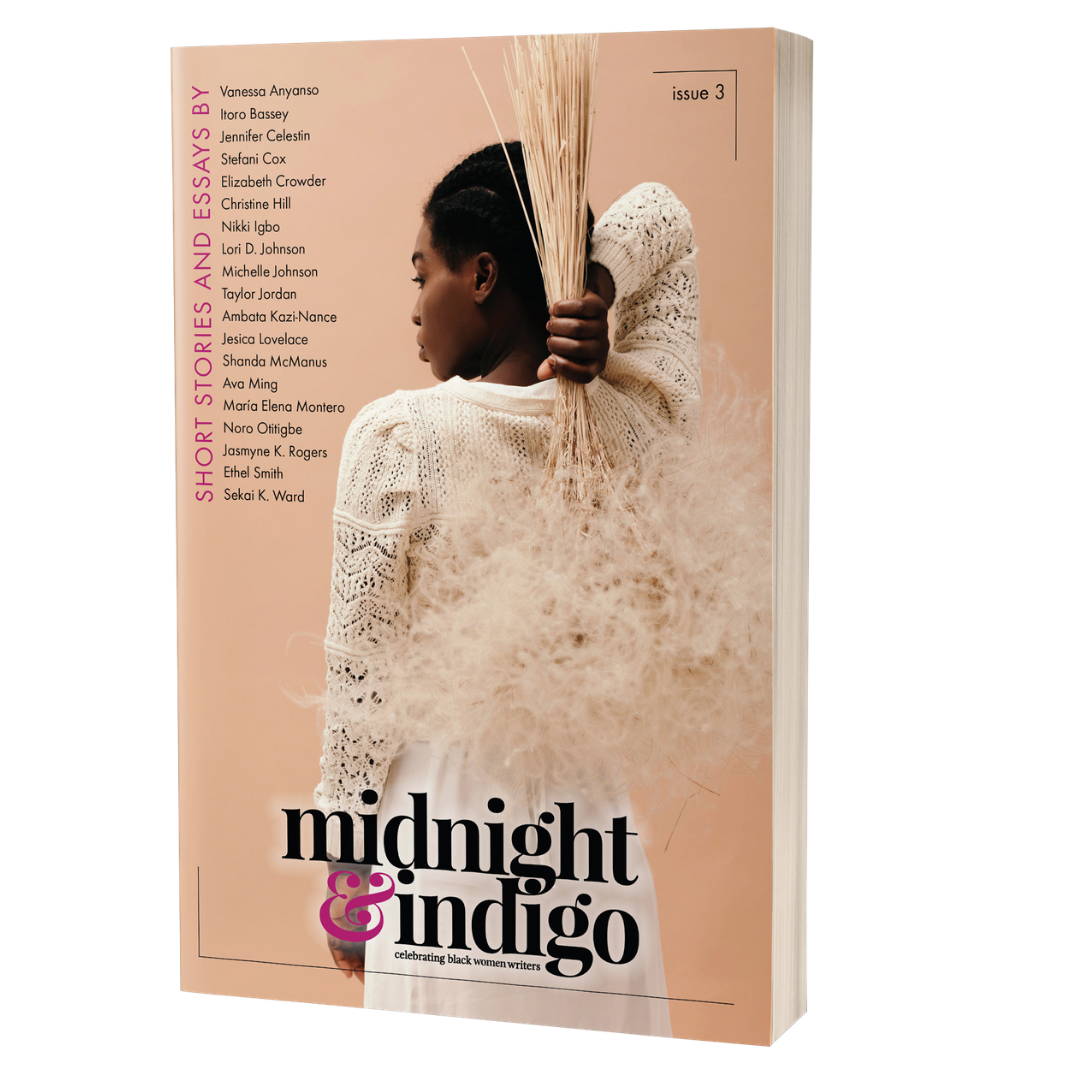